Most of us use dictionaries on a regular basis and take their existence utterly for granted. We expect a dictionary to give us usable definitions and translation(s) of a word so we can read, write, and speak in other languages. That this dictionary was created by other humans, with a social background, political agenda, emotions, and restrictions (such as health and finances) in their lives which may have had an impact on their translations, doesn’t generally enter our thoughts. But researching the history of dictionaries is absolutely fascinating, and reveals that the process is a much more subjective one than you might think.

I’m currently researching the most renowned Greek-English dictionary of them all (and with Greek I mean ancient Greek): the Liddell-Scott-Jones lexicon (or LSJ in short). Everyone who studies ancient Greek will at one point in their lives pick up a copy of the LSJ (or turn to it online at http://stephanus.tlg.uci.edu/lsj/), and introducing the massive lexicon to my Beginning Greek students each year is always a great moment in the module, with students eagerly taking turns to look up words. I would like to tell you the story about how it all began.

Once upon a time

We start in Oxford, in the nineteenth century. The first Greek-English dictionary was published by a man called James Donnegan in 1826, but it was riddled with errors and inconsistencies, and so classicists were clamouring for an alternative. This is where we meet two friends: Henry George Liddell and Robert Scott who both worked at Oxford University. It was Liddell, the more authoritative of the two, who was initially asked to start compiling a new English-Greek dictionary, but he consented only if Scott would be asked as well. Liddell was from an affluent background and went on to become Vice-Chancellor of the whole university (he had a daughter called Alice who would become immortalized in Lewis Carroll’s Wonderland). Scott made it to the position of Dean later in life. The friendship between the two became very well known, and stories about them started to circulate. The story goes that, when Liddell’s students would notify him of an error in the lexicon, he apparently used to retort: ‘Scott wrote that part!’. The two friends even became the subject of several rhymes. One of the most famous is this:

Hear all ye learned and read me this riddle,

It’s a stark exaggeration, of course, particularly as Liddell and Scott had a team of other scholars collating references and giving help with translations. But it demonstrates the almost legendary nature of the lexicon’s origins in the academic friendship of two colleagues.

You might wonder how one starts working on a Greek-English dictionary. Since antiquity, in fact, very few scholars have started from scratch. And neither did our two dear friends: Liddell and Scott used the then most recent Greek-German dictionary, written by a scholar called Franz Passow, as their starting point. Logical though it may be not to start from scratch, it also created difficulties: for Liddell and Scott were not always looking at the Greek for their translations, but instead translated Passow’s German! While German and English are closely related as Germanic languages, not every German word can be rendered into straightforward English; the reality is far more complex than that. This did not dissuade the two friends, however, but it meant some of their translations reflect the German more than the Greek.

Another complication was their political agenda. From the start, they decided to compile a Greek-English dictionary rather than Greek-Latin which was more traditional. But they went further: they also insisted the English translations should primarily be Anglo-Saxon words rather than words derived from Latin. But if you consider that approximately 60% of English is derived from Latin, that cuts out a hefty chunk of the English language at their disposal! They didn’t actually adhere to that principle fully, but it did mean some slightly odd translations were used to bypass more obvious Latin-derived words.

In spite of those issues, the dictionary – first published in 1843 – became a huge success, so much so that two years later a second edition was published, and then a third, and so on. Liddell and Scott kept on revising until the eighth edition in 1897. In every edition, they would focus on deleting errors and adding materials from newly discovered texts or recent research, and you can find out the specific details they focused on from the prefaces of each edition. However, it was one thing to have a progressive agenda set out in the preface. In reality, lots of errors were just ignored time and again, and feedback/criticism provided by other scholars in a steady stream (both informally and through reviews in scholarly journals) was only ever partly incorporated.

Part of the reason for this was that Liddell and Scott didn’t just struggle with getting all the translations together. They also had to take into account the material restrictions: they couldn’t exceed a number of pages as this would drive up the price too much, so translations or sometimes complete entries of words might be deleted simply to save space. Sometimes other editors who helped them became ill or had other priorities, and so work would be stalled. In fact, when Liddell passed away in 1898, it seemed like that might be the end of the lexicon’s editions. Other scholars were approached to take on the work of revising the lexicon, but several declined. And this is where the third letter of the LSJ enters our story: J for Jones. 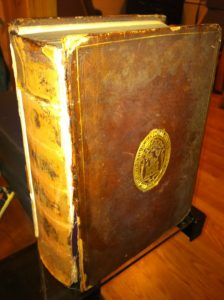 Henry Stuart Jones, who also worked at Oxford University (and would later take up posts at Aberystwyth, Lampeter, Carmarthen and the National Library, learning Welsh along the way), started revision of the dictionary in 1911. In the preface of the ninth edition, he confesses the revision was a lot more extensive than he had anticipated. But he, alongside his international team of scholars, set about revising all the entries, and – in spite of setbacks because of WWI – the final ninth edition was published (posthumously for Jones) in 1940. The difference between the ninth and earlier editions is crystal clear: lots of errors were corrected, translations updated, they added more references to ancient texts, and the etymology was brought in line with contemporary scholarship.

I have a cunning plan

The odd thing now is that, depending on which edition of the LSJ you consult, you might get different interpretations of one word. I am the proud owner of a copy of the fifth edition (left in my care after my inspirational predecessor, Byron Harries, passed away), and until I started this research, I had no idea how much it differed from the ninth. The research I’m currently working on concerns the concept of ‘cunning intelligence’ (yes, like in Blackadder’s ‘cunning plan’) in ancient Greece. The ancient Greek word for this is metis (μῆτις), and it’s all about using disguise and deception to exploit your enemy’s weakness so you can overcome them.

Odysseus, for example, has metis: his trick with the Trojan horse is a prime example. He uses trickery (disguising warriors as a wooden horse, and a trap as a present) to compel his enemies to open their weakest spot (their gates – as well as their pride!). In the animal kingdom, the Greeks believed the octopus had metis: to avoid being killed by predators or spotted by his prey, he can take on the same colour as whatever surface he clings to, and also turn the world around him black with his ink thus rendering him virtually invisible. Because he is a master of deception, fishermen had to use superior trickery to lure an octopus into their nets: the ancient Greek trick was (wait for it…) to dangle a female octopus in front of them. For the instinct of the male octopus was such that he could not resist clinging obstinately to a female – this was his greatest weakness (I know, how did they catch the female octopus?!). 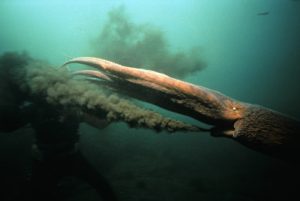 Metis is thus about using deception to lure your enemy into exposing their greatest weakness. You need to use this deception at the right time, so patience is an important part, and it’s important you approach your enemy indirectly rather than with violence (think of the ten years of violence which preceded Odysseus’ trick at Troy). However, if you look up the entry in the LSJ, in the ninth edition, there are two translations: (1) wisdom, skill, craft, and (2) counsel, plan, undertaking. When you consider these translations, the only one that conveys any notion of deceitfulness or trickery is ‘craft’. And nowadays, we would use ‘craftiness’ instead of ‘craft’, as the latter is now really primarily connected with craftsmanship. The other translations don’t really convey the full meaning of the word, and are rather general. Until the eighth edition, the word ‘cunning’ had been part of the first translation. But for some mysterious reason (which I’m still trying to figure out) it was then deleted.

The smell of a dictionary in the morning

The entry of metis nicely exemplifies why scholars have been clamouring that it is time for the LSJ to make way for a better, modern dictionary. Cambridge has been working on their new Greek-English lexicon (which apparently does not rely on the LSJ) which might be published in 2018. Brill publishers (in Leiden, the Netherlands) are publishing a new Greek-English lexicon in August this year which they claim will replace the LSJ. But guess what: it’s based on an Italian dictionary… which relied partly on the LSJ (in fact the translations of metis are almost identical)! So far for innovation. More and more, scholars think the future lies in online databases. An existing one is the amazing www.perseus.tufts.edu website: you can click on any word (well, most) of any text (well, a proportion of Greek literature) and you’ll be directed to the translations. But of course, that doesn’t solve problems with the translations themselves. Moreover, much as I appreciate the ease of being able to look up translations and occurrences of words online, there is a great pleasure to be derived from leafing through an actual copy of the huge Liddell-Scott-Jones which radiates learning and smells of an old library. Preferably while sipping on a coffee and nibbling on a chocolate bar.

And so we have come to the end of our story. The next time you consult a dictionary, you may consider the friendships (or not) between the editors, financial and other restraints they had to cope with as well as the anguish they faced when struggling with translations, the knowledge they had from the start that their work would inevitably be flawed and criticized, their perseverance to continue in spite of this – and the many previous generations of scholars who faced these same issues working on dictionaries before them, just so we can look up words at our leisure in the knowledge that others have done the hard work for us. Or have at least provided us with a starting point.

For more information about the LSJ and its history, have a look at Chris Stray’s edited volumes on Classical Dictionaries: Past , Present, and Future (London, 2010) and Oxford Classics: Teaching and Learning 1800-2000 (London, 2007). For a nice blog post with more information about the characters of Liddell and Scott, see https://uncomelyandbroken.wordpress.com/2012/07/08/liddell-scott-a-little-about-both/.

If you would like to find out more about metis, Marcel Detienne and Jean-Pierre Vernant’s 1978 Cunning Intelligence in Greek culture and society (a translation of their 1974 French edition) is still the main reference work. You can also read my PhD thesis Of metis and magic online: http://eprints.maynoothuniversity.ie/2255/1/e_bracke_thesis.pdf.