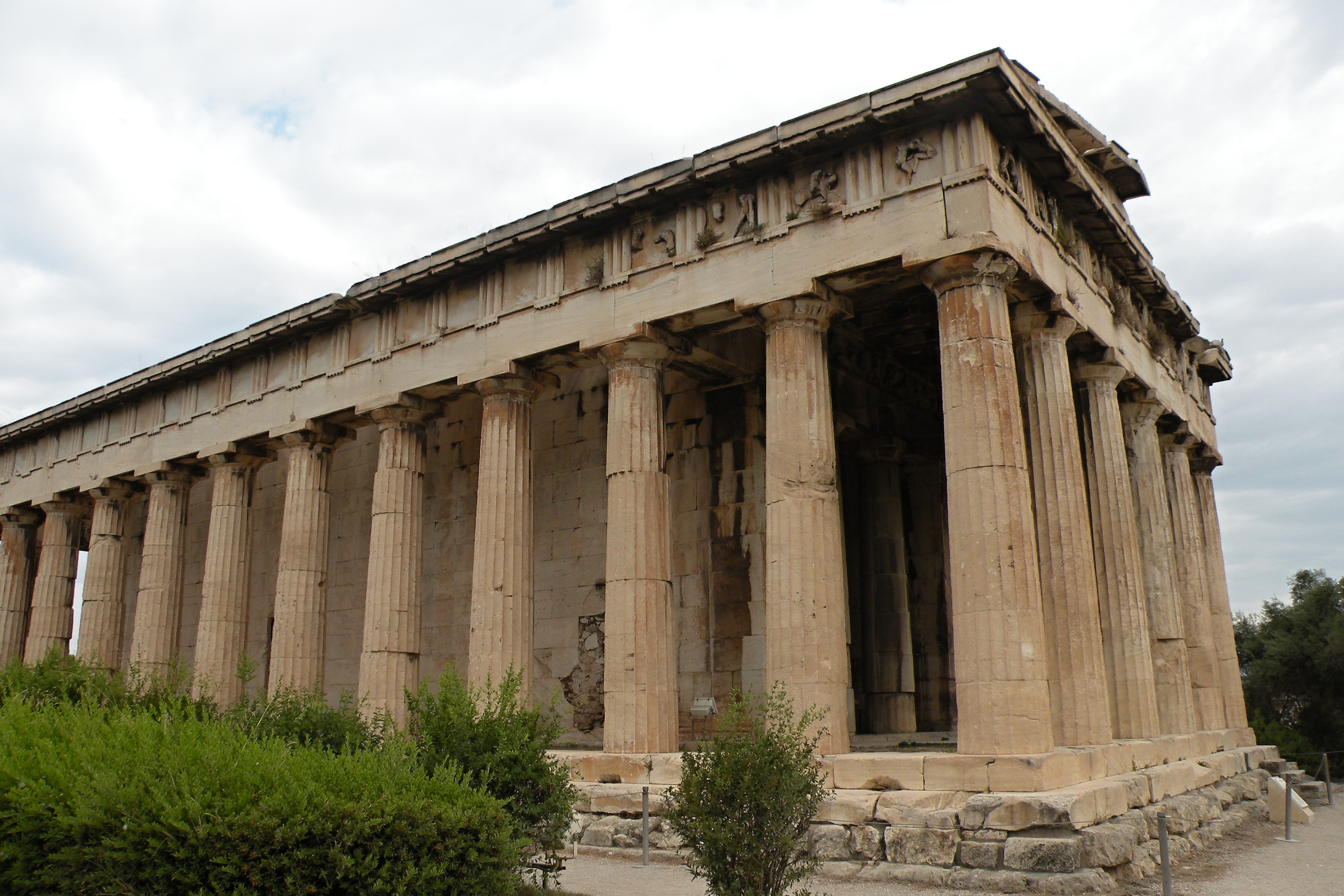 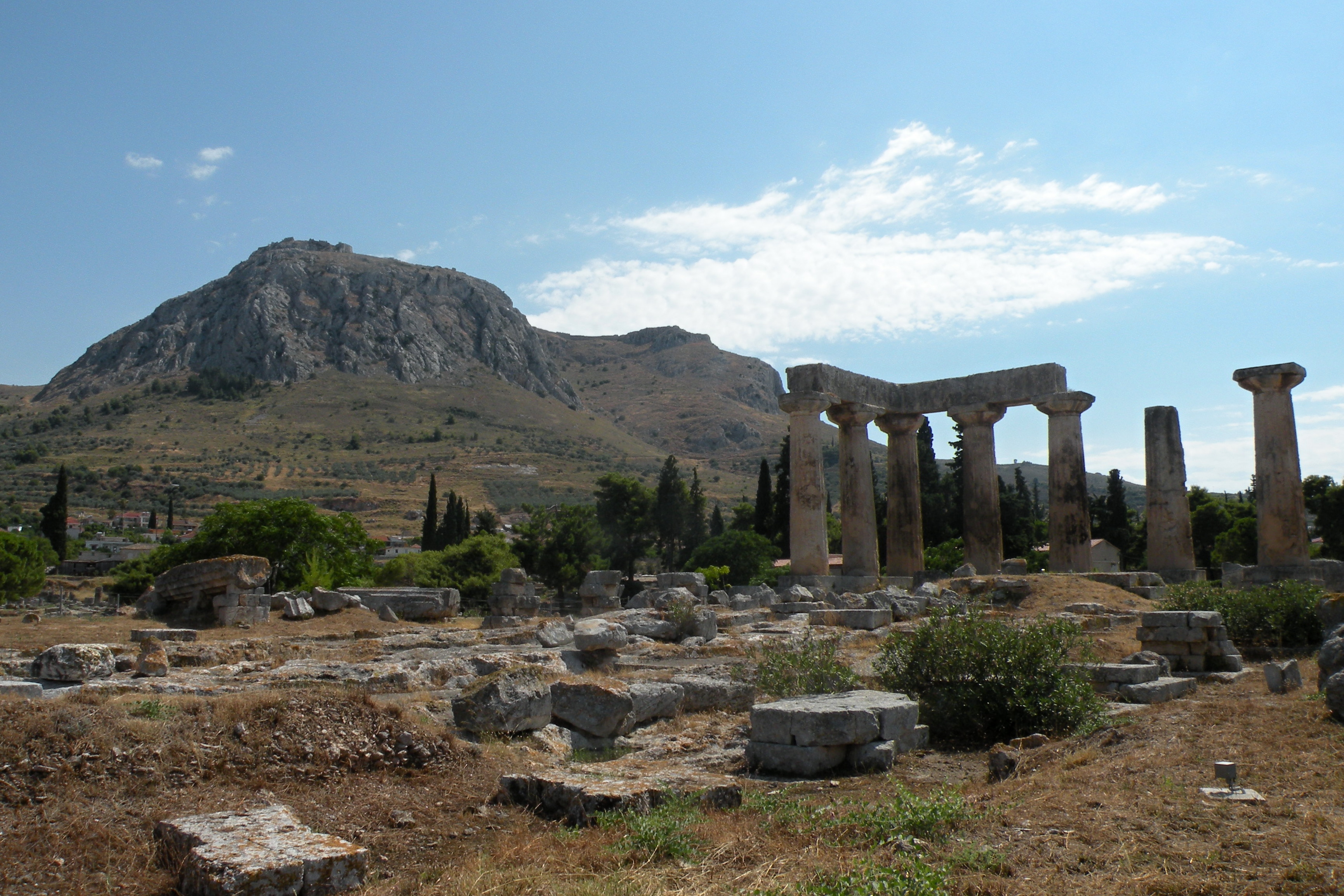 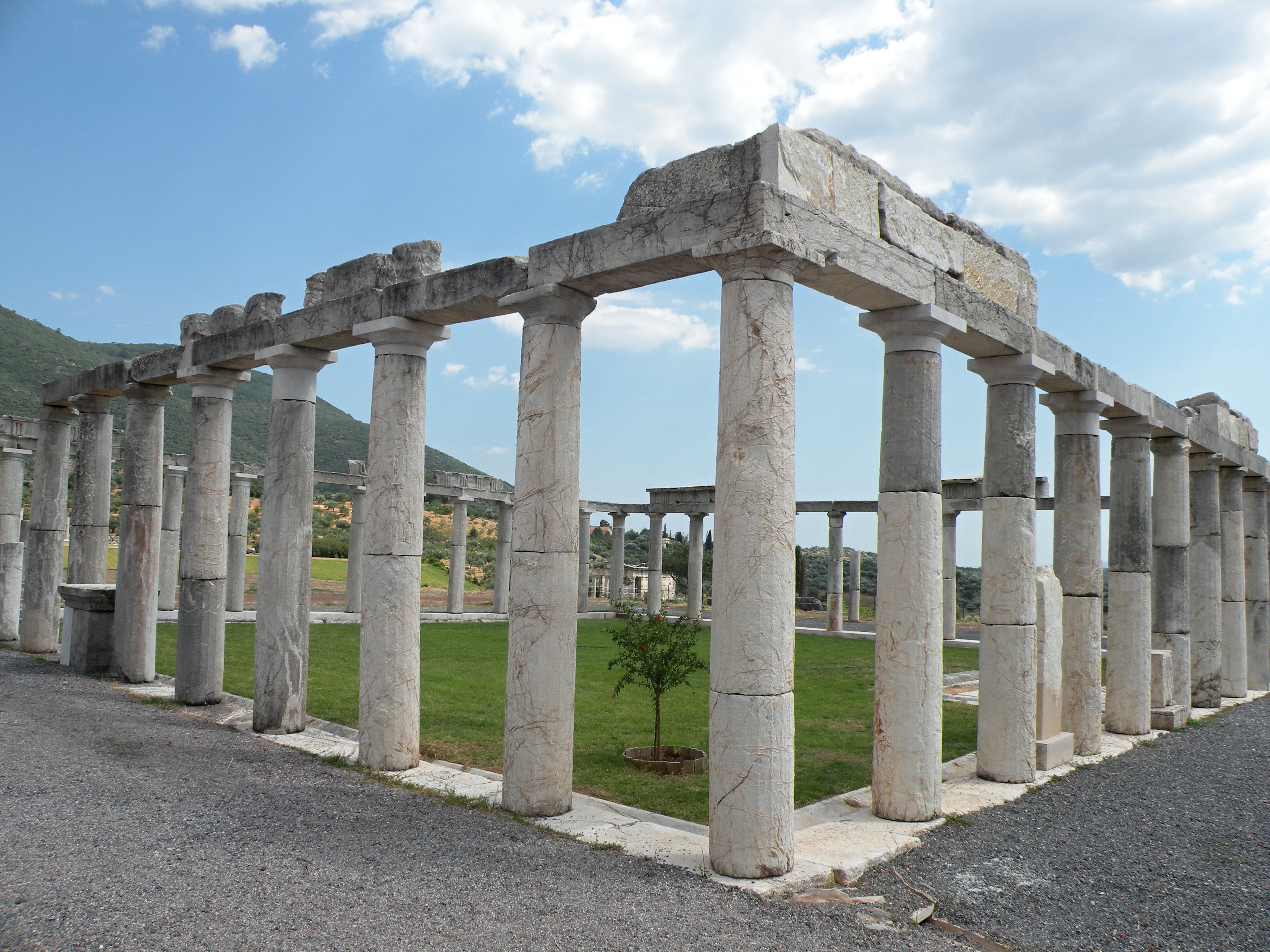 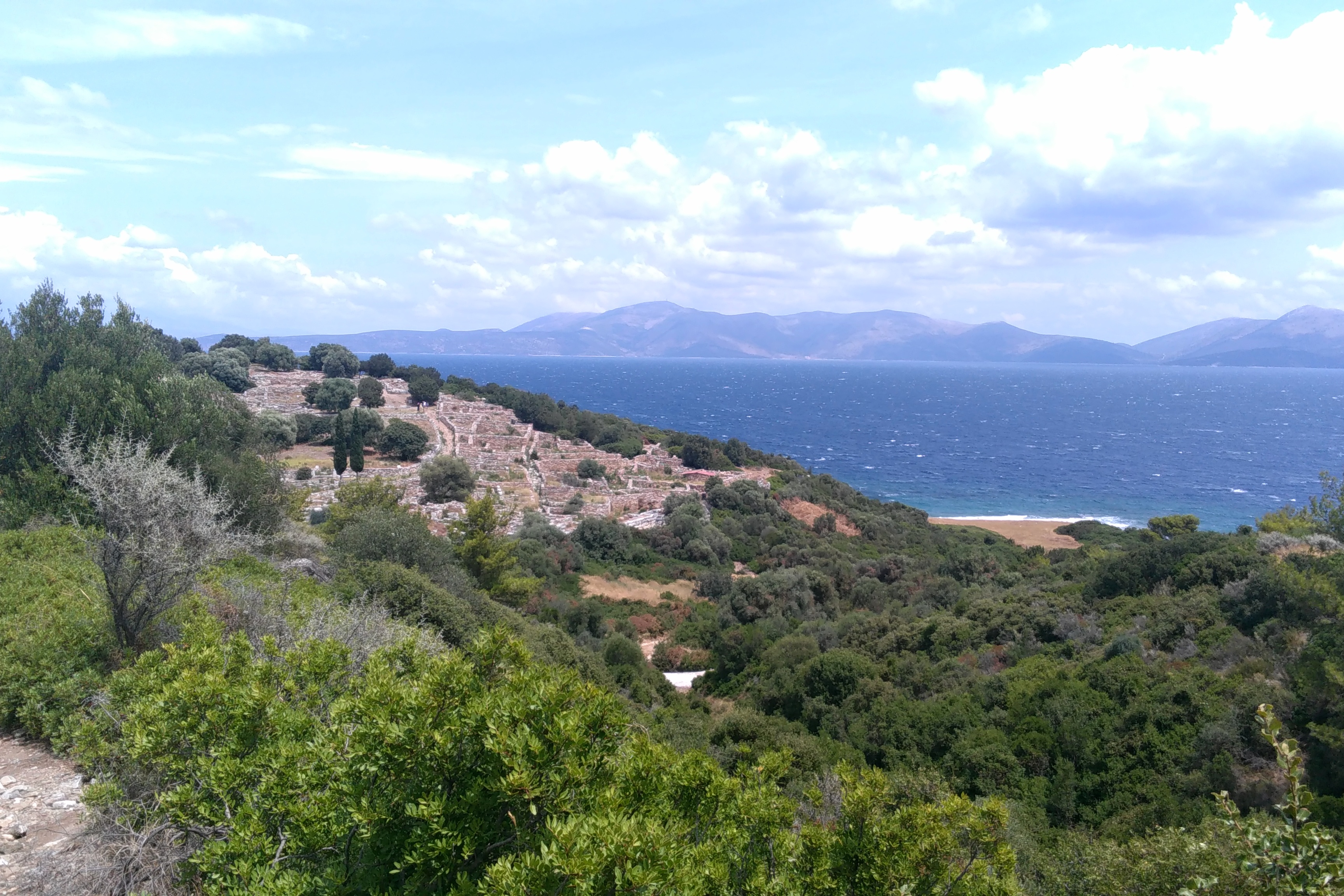 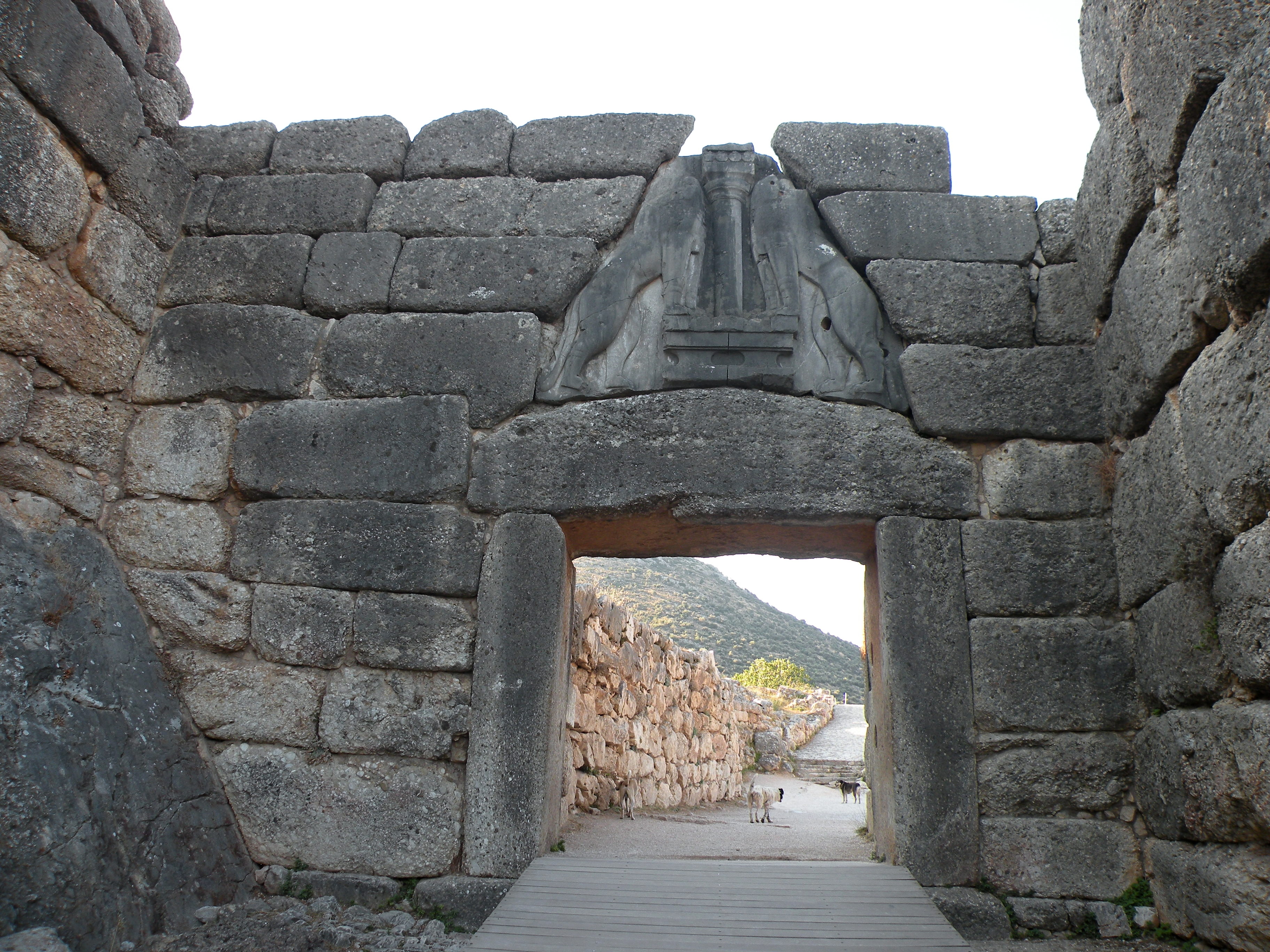 In this week’s post Jan Doskocil, a third year Ancient History undergraduate, writes about his travels to Greece over the Summer. With the support of his academic mentor, Dr Janja Soldo, Jan applied for a Society of Dilettanti Travel Scholarship to fund this study trip. This is a wonderful opportunity for undergraduate students to apply for funding to support independent travel to classical sites and museums in Greece, Italy or the Eastern Mediterranean. More information about this scheme – and many others that support and encourage exploration of the ancient world – can be found here. Reflecting on the application process, Janja says, ‘When Jan asked me if I would support his application, I was happy to help him with the application letter and to write a reference – his enthusiasm for Greece is contagious and inspiring. I am very glad that he received the scholarship and that he had the opportunity to see the ancient sites, which he learned so much about in his classes, with his own eyes.’

Images by Jan Doskocil: The Temple of Hephaestus, Athens; The Temple of Apollo at Corinth with the acropolis in the distance; Palaestra of Ancient Messene; Fortress at Rhamnous; The Lion Gate, Mycenae.

“Awesome! So, this is the place I’ve heard so much about. How could they build that thing?” Such were my thoughts as I visited ancient monuments and wondered which king, hero or famous statesman stood at the same spot thousands of years before me. Although I admit I had to use my imagination quite a lot sometimes, the sites, which some call mere ruins, have still preserved a magical sense of mystery.

First, on my two-week trip around Greece, I explored Pella and Vergina. This area formed the heart of ancient Macedonia. Among the remains of the city of Pella there were elaborated mosaics, and the museum contained a number of fine objects – especially the exhibition of weapons decorated with gold, but what really impressed me was the scenery. Dark green mountains in the distance, red roofs of tiny villages, columns made of white stone, olive trees covering the flat land, and the sea mirroring the azure sky… And after this colourful play I entered the underground museum of Vergina and could observe the royal tombs in near darkness. It is worth visiting for lively frescos depicting mythological stories and hunting scenes, gold crowns imitating a wreath of oak leaves, or armour and weapons that may have belonged to Philip II himself. Further south I was fascinated by the epic view of cloud-covered Mt Olympos, the highest mountain in Greece and seat of the gods.

Next I spent some time wandering around Athens. Imagine you sit under the temple of Hephaestus listening to the sound of cicadas early in the morning, feeling the aura of the place. Then you look up at the Acropolis and can’t believe your eyes. There were tourists everywhere, almost falling over the edges. As I went up, it got very hot. Crowds were pushed into one long queue that moved at a snail’s pace. Guards with whistles were screaming at us: “Quick photos and keep moving! Don’t touch it!” Classical monuments, like isolated islands lost in that turmoil of the modern city, were being attacked by roaring masses of selfie hunters. Still, popularity of the place is a proof that the ancient world with its splendour and staggering megalomania has something to say even today. For those who appreciate more peaceful places, I would recommend Rhamnous, situated near the Marathon battlefield, where you can find the temple of Nemesis and fortress. But it is quite an adventure to get there.

Olympia and Delphi also enjoy extraordinary prestige. To visit both sites, I took serpentine roads in the mountains. Then I walked around the temples of Zeus and Apollo respectively. It had to be amazing to be a spectator of the Panhellenic Games or to ask the oracle for advice. Another impressive places were Mycenae and Tiryns – the Lion Gate, citadels, massive walls composed of huge pieces of rock – frankly, some Cyclops were surely assisting… I chanced to attend Epidaurus theatre festival and watched Euripides’ play Iphigenia in Aulis. The performance took place at the ancient theatre in the open air at night. Even though it was in Greek (with English subtitles), I was drawn in the play, the atmosphere and experience were fabulous.

Sometimes I can’t find enough words to describe everything, or, maybe, I use to many – nothing can compare when you see it for yourself.